Books About Ethiopia You Should Read 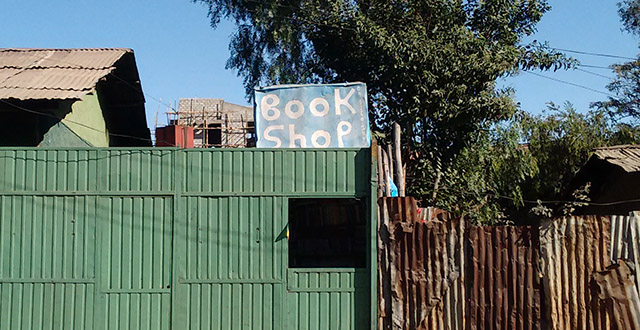 There’s a great quote by Saint Augustine of Hippo that says: “The world is a book, and those who do not travel read only one page.” For the keen travellers among us, this perhaps rings true, but there’s also an argument that the wealth of stories out there, along with accounts of other people’s travels, can at times make you feel like the intrepid explorer yourself.

The biographies, autobiographies, histories, accounts and good old fashioned stories based in Ethiopia, can almost all do just that. They take you on a journey of the senses, and help you see both the best and the worst of this wonderful country.

Whilst there are hundreds of books based on and in Ethiopia, here are some short reviews on just a select few, with a handful more that are worth diving into, to help bring this country to life.

Hospital by the River

This book tells Dr. Catherine Hamlin’s story of responding, with her husband, to an advert to start a midwifery school in Ethiopia. In 1979 they arrived from Australia with their son, and through determination, a duty to serve women and a love for Ethiopia, Dr Catherine remains in Addis to this day. The book follows the Hamlin’s journey from establishing the midwifery school to founding the Hamlin Fistula Hospital, where over 20,000 women have received surgery for obstetric fistula, giving them back their dignity, hope and a second chance at life. This book is inspirational beyond words, beautifully written and a fascinating rendition of what life was like during the ’80s and ’90s.

The Shadow of the Sun; My African Life

Penned by a Ryzsard Kapuscinski, a Polish Correspondent reporting from the African continent from the ’60s through to the early ’80s, each chapter focuses on a specific period for a certain country, many of which tell tales of coups, the fall of colonialism and the first steps of independence. There are two chapters on Ethiopia – one on the 1975 famine and the other on Lalibela – both of which have a sombre and desperate tone that you don’t really find in the other chapters, conveying the desperate times that Ethiopia encountered from the 1970s onwards. Whilst only a small portion of this book is based on and in Ethiopia, it really helps to set the context of what was going on on the continent during this era, and how different Ethiopia’s challenges were to those of its neighbours.

The Lure of the Honeybird: The Story Tellers of Ethiopia

This books follows a British teacher who spent most of her career working in Ethiopia. Frustrated at none of the teaching resources baring any resemblance to the lives of the children she taught, coupled with a fear that the fables and stories from remote corners of Ethiopia were at risk of being lost, she proposed to the British Council that some new ‘readers’ needed to be produced. She was subsequently provided with a small grant to travel the country and collect stories to create the book. Her story-collecting-mission takes you to every region and corner of Ethiopia providing a great overview of the nine regions and their different cultures, languages, nuances, traditions and challenges.

In Ethiopia with a Mule

This one follows Dervla Murphy on an arduous journey, by foot, from Asmara to Addis Ababa, confronting the Simien Mountains along the way. The Irish travel writer makes her way, step-by-step, with a mule for a companion. The descriptions of villages she passes through and Ethiopian hospitality she encounters are beautiful and serve to show the best of the country, dramatically contrasted with the worst – fleas, Kalashnikov brandishing bandits and mysterious illnesses to name a few. The pace of the book however reflects her plodding mode of transport, and each day she describes, varies little from the day before.

Talk of the Devil

This is another book that only briefly touches on Ethiopia, but provides an interesting insight to Ethiopia’s Derg era. It follows journalist Riccardo Orizio’s quest to hunt down seven dictators living out the remainder of their lives, either in countries that would take them, or in prison. One dictator covered by Orizio is Ethiopia’s Colonel Mengistu – the man responsible for plunging Ethiopia into years of death and terror during The Derg. Mengistu lives in Zimbabwe now, safely harboured by Robert Mugabe. Whilst many books factually cover this era of Ethiopia’s history, few are afforded an interview with Mengistu himself.

Alongside these five books, are countless more – some better known than others – that are either based in Ethiopia or cover key eras in history, including:

If you’re looking for somewhere quiet to curl up with your book, Bunni’s is highly recommend for big sofas, a good view and some of the best smoothies in Addis. The grounds of the Ghion Hotel on a sunny day are perfect for reading, and the Asni Gallery near Arat Kilo, has a great corner sofa to curl up on on a rainy day and a leafy courtyard for when the weather cooperates.

In terms of guide books on Ethiopia, the Bradt Guide stands out as the strongest, however it is now several years out of date which, in a country developing as fast as Ethiopia, can cause chaos when following maps and finding half the hotels it lists no longer exist. It is most definitely still worth having, but use it alongside the WordPress site built by the same team for ‘real-time’ updates and advice from fellow travellers on routes chosen, places stayed and where to avoid. 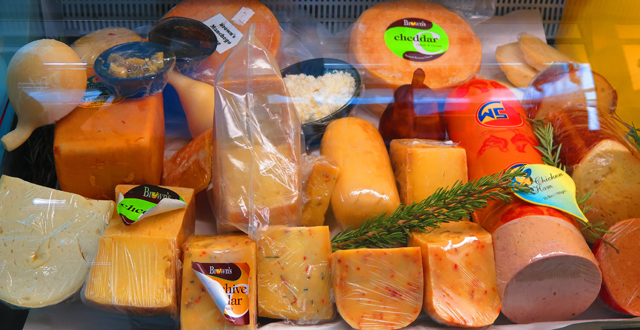 Shopping for Cheese in Addis Ababa

The Fasting Seasons: Living as an Occasional Vegan