The Fasting Seasons: Living as an Occasional Vegan Veganism as a way of life is said to have been known in the Western world for about 70 years or so. But over on the other side of the world Ethiopian Orthodox Christians, in the process of practicing their religion, have been occasional vegans with out having been labeled as such.

Ethiopia has been predominantly a Christian nation since its introduction in the early years of the first millennia. Since then, Christianity in Ethiopia has come a long way – facing its own ups and downs along the way over the past two thousand years. Today Ethiopia has its own Church known to the rest of the world as the Ethiopian Orthodox Christian Church with an estimated 30 to 40 million followers.

The Church follows very traditional and strictly followed long-standing religious practices, one of the more obvious being the fasting practice. There are, in total, around 250 fasting days spread across Ethiopia’s thirteen calendar months. Of these, 180 (including the lent season) are considered major. The remaining 70 fasting days are practiced only by the most strict (mostly older) followers of the religion.

Fasting season is considered a period of complete obedience to the church and the Holy Trinity. The followers are expected to leave aside all of their earthly desires and to strictly dedicate themselves to the words of the heavenly father. It is the time where good deeds are expected to be practiced and appreciated in all aspects of individual and communal life. It is the time of remembrance of the less fortunate and thriftiness is a widespread action. Repeated visits to the church, constant praying and lamentation are also actions that supposedly guarantee the heavenly gates to be wide open with a spectacular reception awaiting in the afterlife.

One very basic practice observed during the fasting season is the change in the eating habit of the practitioners. During this time feeding upon animal products like meat, egg, milk, cheese, butter or any derivatives of animals is strictly prohibited. Some say that seafood consumption is allowed however this action is highly contested by the hardcore conservative advocates of the religion as being an act of cheating over the long standing culture of fasting passed from generation to generation traveling through time to reach to this day.

So the question remains, what does one eat during the fasting season if eating animal products are prohibited? Is it possible to have a healthy viable life feeding only upon cereals, fruits, and vegetables? Well the Ethiopian Orthodox Church has proven it to be possible – they’ve done so even before vegetarianism and veganism were a way of life! Lucky for the Orthodox Christians, Ethiopian culture has highly developed vegetarian cuisine. The staple in every Ethiopian’s diet is ‘injera’, a spongy flat bread rich in iron and dietary fiber. It’s widely considered as a healthier alternative to wheat and maize because it’s gluten free. The primary ingredient in injera is ‘teff’, the seed of a plant which is a variation of a grass family. Teff is grinded into a powder, prepared as a sourdough and lovingly baked into Ethiopia’s beloved bread.

Injera is served as the base of a platter of Ethiopian dishes with each offering piled on top in globs. More bread is then rolled or cut into pieces and used to scoop the food into your waiting mouth. Therefore, eating Ethiopian cuisine with injera does not require using any utensils but rather having clean dexterous fingers is sufficient to enjoy the deliciousness.

Dishes served during the fasting seasons are entirely vegan friendly. Injera served with various vegetables and cereals cooked in a sauce or a thick stew are common. Potato, carrot, cabbage, mixed legumes, chickpea, collared greens, spicy lentils, spinach, beets, split yellow peas are just some of the ingredients quintessentially prepared during this time. Salads and fruits are also common as a side or dessert. All of those yummy animal products are reserved for the feasting season that follows fasting, particularly after the lent.

The popular meal known as ‘Beyayinetu’, assorted cereals and vegetables cooked in various ways, is served in almost all households and restaurants during the fasting season. Beyayinetu is a big platter of over ten types of mouthwatering scoops of stews made from various vegetables and cereals. Sometimes a whole chili filled with freshly diced tomato and onion minced with oil is served with a generous dollop of a chickpea-and-white bean dish called ‘Shiro’. Beyayinetu, the kaleidescope of the different colors of ingredients put together on one platter, looks so visually appealing and the taste is amazing which makes it a popular dih during the fasting season. It would be an understatement to referred to it as the ambrosia of the occasional vegans.

The popularity of Beyayinetu, which even attracts strict carnivores with its sophistication, is even hugely popular outside of the fasting season. Any vegans out there who have yet to discover Ethiopian fasting cuisine are missing out! A visit to Ethiopia would be a welcome relief to vegans who, no doubt, have a difficult time finding suitable food while travelling. Just make sure not to come during feasting season… that’s for the meat-lovers among us!

Written by Yonas Michael
Born and raised in Addis, i like to think i know my city like the back of my hands. However, i am amazed how Addis Ababa keeps growing and changing revealing its latest facet. I am constantly learning new staff. It is like i am a tourist in my own city, almost. As a person whose bread and butter is in the publishing industry i exploit every opportunity i get to communicate what i have learned. i consider it my prerogative. 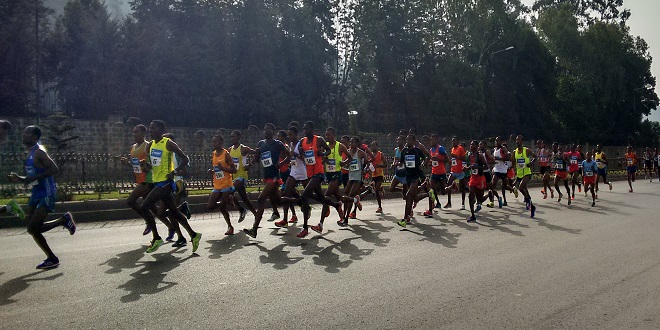