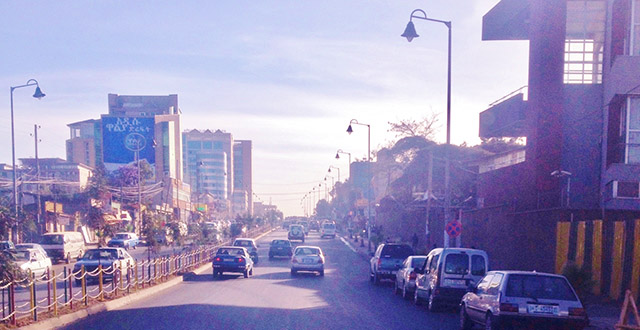 The Old Airport area of Addis Ababa is where the rich reside. Once a desolate and an undesirable part of town to live in, Old Airport has completely went through a major transformation over the past two decades. It is now full of embassies, embassy residences, and the international community school.

After the sudden rise to fame of Old Airport as a wonderful neighborhood to live in, the prices of apartments and houses have skyrocketed. The cheapest rent I’ve heard of in that area is a tiny studio apartment in a shared building for $300 USD per month. To rent an unfurnished two bedroom apartment close to Victory Road, be prepared to pay close to a thousand dollars a month. It is the same with houses, the rent for a small townhouse with two bedrooms is also a little shy of a thousand dollars in Old Airport.

And just like most expensive areas in Addis, the most sensible way to shelter oneself is to find a shared house or apartment.

You can find a few shops where you will be able to shop for most of the things you need to get through the month within a few hundred meter stretch along Victory Road. Fantu and Shoa supermarkets provide the residents of Old Airport with most of their groceries. There’s a flower shop just opposite ICS on Victory Road if that’s your thing.

Old Airport also has a Home Depot-style place. It’s a huge store and has heaps of different types of wares you can choose from. Lafto Mall where it is full of shops and stands where you can shop for different sorts of things from clothes to electronics.

Compared to most of Addis, Old airport offers the most types of recreational activities in one area. Just at Lafto Mall you can find a gym and a swimming pool, so there goes your Sunday. There’s also a gym on the Adam’s Pavilion building for a reasonable membership fee.

Or if pumping iron isn’t your thing and you want a more relaxed sporting experience, there’s the golf club up the ring road and the bowling alley inside Lafto Mall. The golf club is a nice place to go on your weekends to shoot some golf balls and relax. They have membership for those who want to go regularly but anyone can go there, rent a set, and play at any time. The bowling alley inside Lafto Mall is the better one of the only two in town. It has a bar inside to make the experience of tossing heavy balls down a lane a bit more tolerable.

If you live in Old Airport, you can find both very nice restaurants and local tibs places without breaking a sweat. Everything is within a few minutes walk from your home especially if you live along Victory Road.

Old Airport is a mostly residential area and not a place you go to for a party. The only parties I hear of are the ones the residents throw in their homes. Other than that, except for a few local bars by the military compound and the small bar sections inside some of the restaurants, Old Airport can get pretty quiet at night. 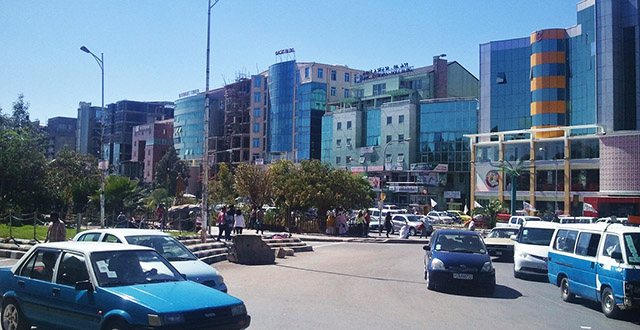 Simply, Bole is where one usually goes to find most of the luxuries that Addis hast to offer and it’s considered to be the nicest part of Addis by most of the city’s residents. It’s the part of town that has transformed very rapidly within the past decade in to a concrete jungle. A construction site can be seldom avoided nowadays while walking on the two parallel Bole roads.

Living in Bole is without a doubt very costly. If you want to live in a two bedroom furnished house close to Bole road you’d better be prepared to pay anywhere from $1,500 to $2,000 USD a month. It is the same with apartments, if not more. If it is tucked away at the back or your landlord lives with you in the same compound, you can sometimes find houses for around $500 less.

And, of course, there are those houses that you’ll end up paying a gazillion dollars for while most prefer to live in a shared house with friends to be able to afford the conveniences. These large, fancy houses are around but are usually the domain of the highly-paid types.

For short stays there are always guest houses like Mr. Martin’s Cozy place offering rooms for as low as $25 a night.

There are plenty of stores for clothes, shoes, and accessories along Bole Road – they’re actually pretty hard to miss. You’ll find all kins of stores in mixed use buildings like the Getu Commercial Center, DH Gheda Tower, and the Friendship Building. You can also find loads of all kinds of shops in two of the city’s few malls: Edna Mall and Dembel City Mall.

If you are up for a work out you are in luck. There are gyms inside most of the hotels in Bole that are open for memberships. If you want a swim with your workout you can sign up at Harmony Hotel or Bole Rock. If you’re in to saunas, Desalegn Hotel has a gym membership package that includes their sauna.

If you want to watch movies fresh out of the box office then the Matti Multiplex is the place, located inside Edna Mall. And in the same mall you can find a 7D cinema if you want to get your blood pumping with six minutes of sheer excitement (but it is not for the pregnant or the faint of heart). Ah Addis… where seven dimensions come straight to your cinema seat.

Also in Edna mall there is a gaming zone full of fancy video games and gizmos for those who are cooler than the rest. Even though the place in swamped with kids most of the time it is fun to bear with it for a couple of hours to enjoy racing and shooting stuff. At least once.

There are three tennis courts that are open to the public around the Bole Dildiy area if that is the kind of thing that you’re into. But it is advised to go early to avoid long waits.

Oh where do I start, if there is one thing that Bole does not need more of, it is cafes. There are cafes almost every 50 steps you take on Bole road.

There are a few very nice restaurants in Bole for those who roam its streets. Bole is where people usually go to wine and dine. These restaurants are expensive compared to ones in other parts of town but many agree that they’re worth the extra buck.

Bole is the place to party. It is responsible for the purchase of too much Panadol and the producing of too many scandalous nights. There are enough bars and lounges in Bole to make half of the area’s workforce call in sick the next day.